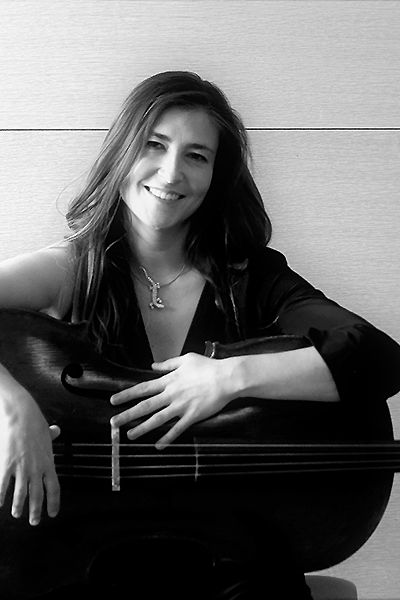 Polish born cellist Dr. Dobrochna Zubek has established herself as a versatile artist-soloist, educator, chamber musician, and orchestral cellist dedicated to a wide-ranging musical repertoire and committed to exploring boundaries between artistic disciplines.

Dobrochna has held an orchestra position with the Orquesta Sinfonica del Estado de Mexico (2009-2012), a teaching post as an assistant cello professor at the Mexico’s State Conservatory of Music and on festival stages as a soloist at Geneé International Ballet Competition, Banff Center for Arts and Creativity, and Ottawa Chamberfest, to mention the most recent. In the past twenty years of teaching, Dobrochna taught students of different levels at universities, her private studio and giving masterclass in Europe, Canada, Mexico, USA, and in China.

She was a recipient of full scholarship to pursue cello performance studies at Baltimore’s Towson University, obtaining her B.A. and M.A. with Professor Cecylia Barczyk.  This was followed by her studies at the Conservatoire de Versailles in France where she received the Prix de Perfectionnement. In 2016, Dobrochna completed her Doctor of Musical Arts in Cello Performance at the University of Toronto, studying with Professor Shauna Rolston.  From 2012 she was a teaching assistant for Professor Shauna Rolston, (recipient of the Yo-Yo Ma fellowship) and a sessional instructor of cello until 2017. The same year she won the principal cello position at the Sudbury Symphony and became the cello instructor at the Sudbury Conservatory of Music.