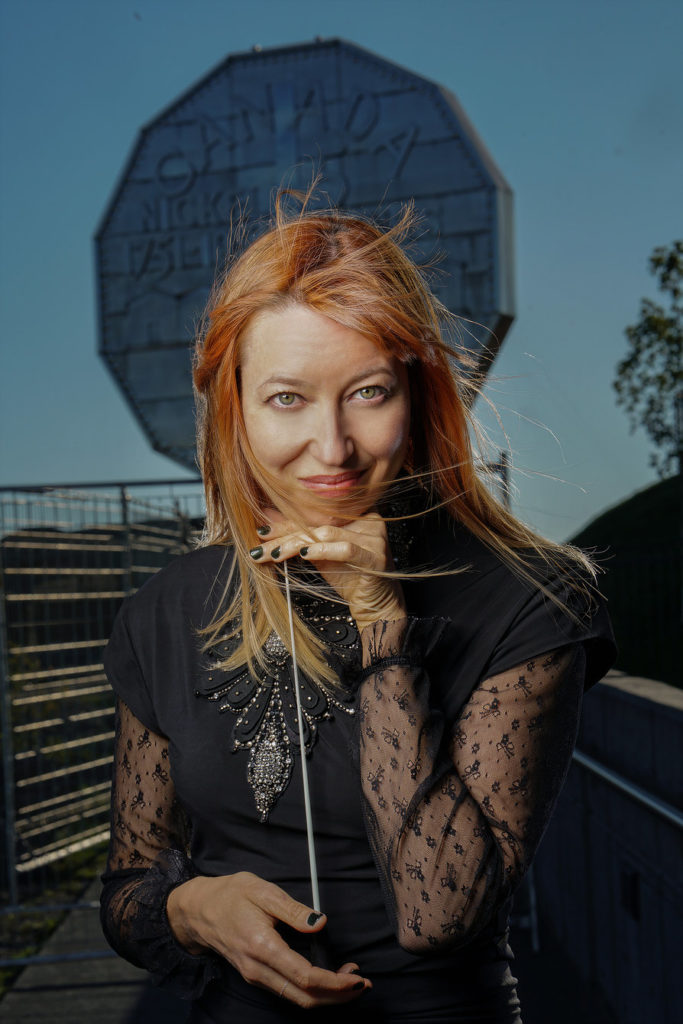 Mélanie Léonard, born in Montréal and raised in Salaberry-de-Valleyfield, QC, is the Music Director of the Sudbury Symphony Orchestra. Prior to her appointment in Sudbury, she held the positions of resident conductor (2009-2012) and associate conductor (2012-2013) with the Calgary Philharmonic Orchestra.

In 2014, she founded the Wild West New Music Ensemble in Calgary, for which she was  Music Director and Conductor (2014-2016). During the same year, she co-founded the Calgary New Music Festival and served as its Artistic Director until 2016. She was also the music director of Vaudreuil-Soulanges choir. Maestra Léonard was music collaborator for La Croisée des Chemins on ICI Radio-Canada Première Calgary from 2013 to 2016 and in 2017, Orford Music invited her to  give a conference about artistic leadership (Finding human connection in a virtually connected society). In 2018-2019, she was adjudicator for Festival et concours de musique classique de Lanaudière and Festival des harmonies et orchestres symphoniques du Québec.

Mélanie Léonard completed her Doctorate in orchestral conducting at Université de Montréal under Maestri Paolo Bellomia and Jean-François Rivest. She holds a bachelor degree in Music Theory from the same university. She received her Masters of Music in Orchestra Conducting from the Hartt School of Music (Hartford, Connecticut), where she studied with Maestro Christopher Zimmerman. In 2012, she received the Jean-Marie Beaudet prize in orchestral conducting, awarded by the Canada Council for the Arts.